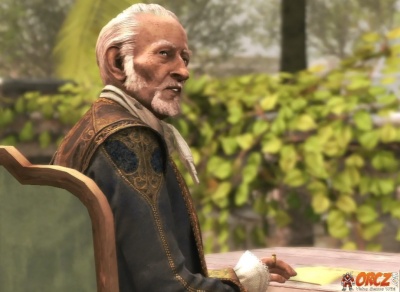 He is the governor of Cuba

Can be found in his Mansion in Havana

Born in Havana, but raised in Madrid, Spain, Laureano was of noble stock, the son of Tomas Torres y Ayala and Elvira de Quadras Castellanos. He joined the Spanish army in his late teens, and was later appointed as the governor of Spain's territories in Florida, a post he held from 1693 to 1699. He then returned to Europe to participate in the Spanish war of Succession

In 1708 he was appointed as the governor of Cuba, a post he held for three years until he was accused of and arrested for corruption. He was acquitted of these charges, however, and managed to win a re-election bid in 1713.

During his time in Cuba, he made many lasting improvements to the city, fortifying the island's defenses, and kick-started the production of tobacco there. He remained Governor until 1716, after which point he retired and devoted his life to charitable functions, such as building hospitals.