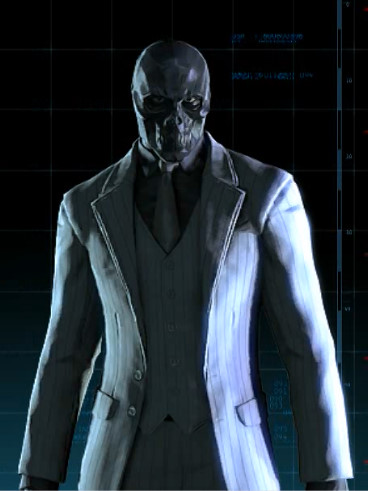 Black Mask is a villain in Batman: Arkham Origins

Based in: Gotham City

Members of his organization wear black masks to conceal their identities

Most members are also employees of Sionis' legitimate businesses

Makes extensive use of torture techniques to satisfy his sadistic appetites

Roman Slonis is one of Gotham's most powerful crime lords, though thus far he has managed to avoid conviction. He maintains several legitimate businesses - though many are believed to be fronts for illegal operations. Notable businesses in his portfolio Include: Janus Cosmetics, Gotham Merchants Bank and the now-defunct Sionis Steel Works.

Sionis has been charged with embezzling city funds, murder, racketeering, distribution of illegal narcotics, and other offenses but never convicted. Witnesses for the prosecution have been known to recant, die, or disappear. He owns half the police officers in Gotham along with several judges and city councillors. Those he can't buy, he intimidates with torture or eliminates.