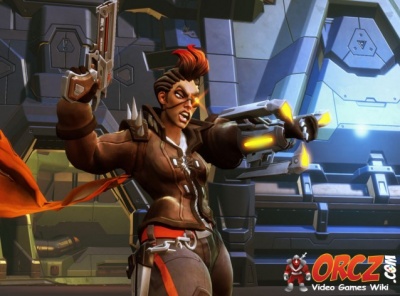 Reyna is a hero in Battleborn

Is part of the Rogues Faction.

Known as "the Valkyrie", Reyna Valeria is one of the few Battleborn native to the Solus system, and the ad-hoc leader of the Rogues. Reyna uses her command glove to shield her allies from danger and mark targets for swift retribution.

Challenge Unlock: Get 50 assists in Versus matches.