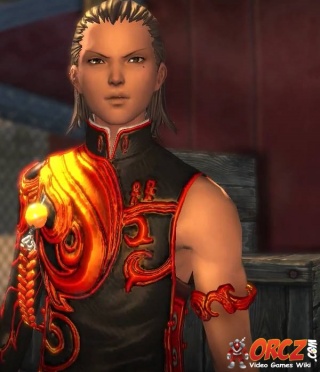 Gungwon is a NPC in Blade & Soul.

Gungwon is one of the first characters the player encounters after arriving at the Bamboo Coast.