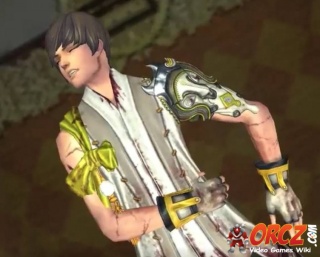 Gwak Chil is a NPC in Blade & Soul.

Can be found initially at the Healing House near the Bamboo Beach, and later he moves to the Bamboo Lookout.

Gwak Chil got injured on the Bamboo Beach during the Blackram attacks. With the help of the main character, he is able to get the treatment he needs and recovers from his injuries.