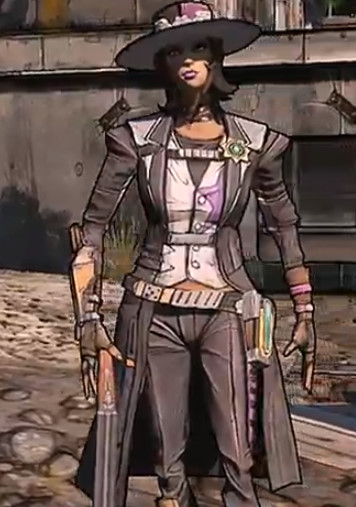 The Sheriff of Lynchwood uses a train to transport Eridium to her boyfriend, Handsome Jack, Borderlands 2

3:10 to Kaboom is a side mission in Borderlands 2

The Once and Future Slab

Turn in: Lynchwood Bounty Board

Trains were made to be destroyed

The Sheriff of Lynchwood sends every ounce of Eridium from the town mines to her boyfriend, Handsome Jack. Brick wants you to destroy the train she uses to transport this Eridium. First, you'll have to find a small demolition transport and snag it for yourself.

From train station, head south and use elevator to get to Death Row Refinery. Find level and use it to release bomb cart, use lever to start countdown, then use lever on other side to block bomb cart.

Take Bomb Cart south to the other minecart tracks and set it at the waypoint. Climb stairs to northwest. Detonate bomb as soon as train crosses the bridge.

Once you have started the countdown, sprint across to the other sides to the second lever and pull it to trap the bomb cart.

This mission is an Easter Egg, a reference to the classic movie "3:10 to Yuma"