EX Treasure Twilight Relic is one of the sidequests in LoZ:BotW

EX Treasure Twilight Relic is a Quest (The Master Trials Sidequests) in the game The Legend of Zelda: Breath of the Wild.

Rumors have it that there is a relic from the twilight realm that has been found within Hyrule.

The royal family of Hyrule collected historically significant outfits, but they were stolen by a bandit named Misko. One of the items stolen was a helmet of twilight...

There's a journal that places the location of this treasure somewhere in the Outpost Ruins... 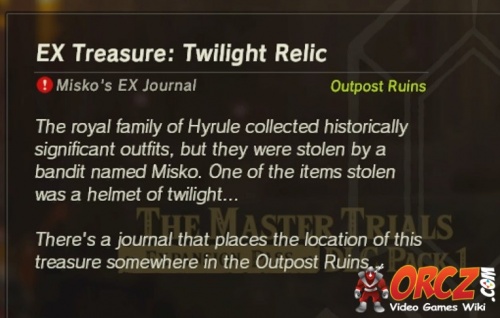 "The princess of twilight, whose stores are handed down alongside those of the Hero of Twilight... Her helmet can be found at the temple ruins soaked in the water of Regencia River..."

You found the treasure that was hidden at Sage Temple Ruins and obtained Midna's Helmet. 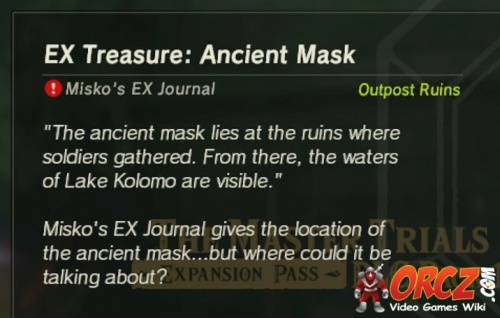