Breath of the Wild: Hylian Shield 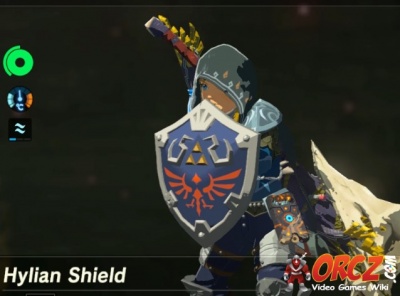 A Hylian equipped in LoZ: BotW.

The Hylian Shield is a shield in the game The Legend of Zelda: Breath of the Wild.

A shield passed down through the Hyrulean royal family, along with the legend of the one who wielded it. Its defensive capabilities and durability outshine all other shields.