Breath of the Wild: Remote Bomb 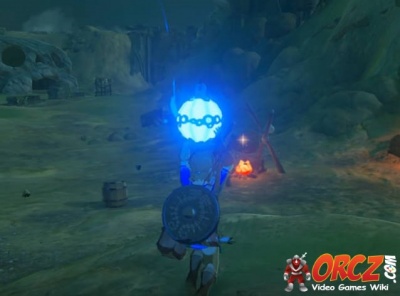 The Remote Bomb is a Rune Ability in the game The Legend of Zelda: Breath of the Wild.

This rune lets you create bombs that can be detonated from afar.

The force of the blast can be used to damage monsters or destroy objects. There are both round and cube bombs, so use what would be the best fit for the situation. Both bombs deal 12 damage.

The Bomb+ rune creates a stronger blast (up from 12 to 24 damage), and also recharges faster. This is a recommended upgrade since it will make navigating through shrines or taking out foes much easier. 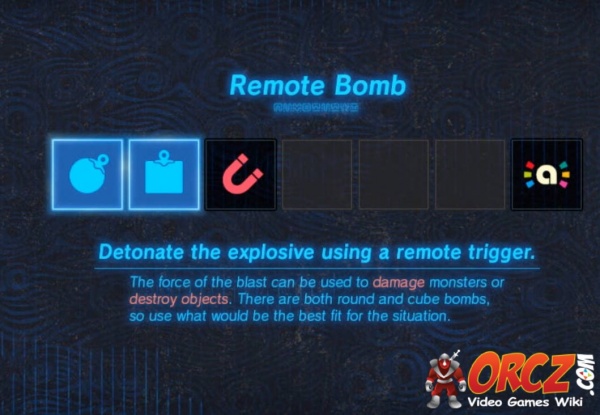