Breath of the Wild: Stal-Moblin 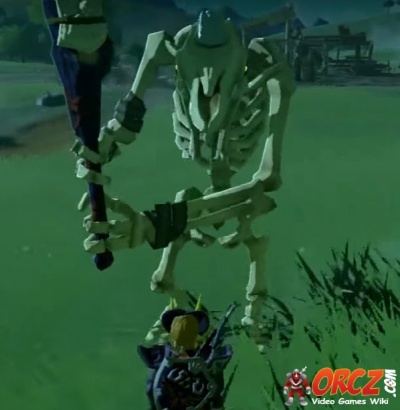 A Stal-Moblin found in LoZ: BotW.

The Stal-Moblin is a type of Monsters in The Legend of Zelda: Breath of the Wild.

The remains of Moblins appear in the dark of night. Even the toughest Moblins become fragile when they're little more than a pile of bones, so they'll crumble after just a few attacks. However, as long as a skull remains intact, they'll continue to pull themselves back together to go on fighting.