Breath of the Wild: Stamina 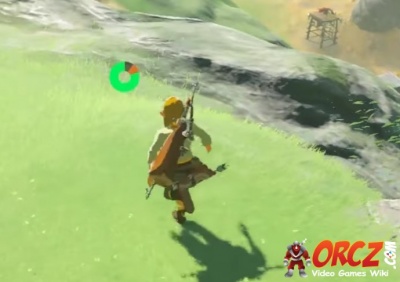 Certain actions, such as sprinting, consume Stamina in LoZ: BotW.

Stamina is a game mechanic in the game The Legend of Zelda: Breath of the Wild.

When his Stamina runs out, he won't be able to perform such actions that requires stamina until his stamina is replenished again.

The amount of Stamina Link has is represented on the UI by a Stamina Wheel, also known as a "Stamina Gauge".

How to get more Stamina[edit]

To increase stamina, you must get Spirit Orbs from Shrines of Trials and then go to the Statue of the Goddess at the Temple of Time. You can trade four Spirit Orbs for either a Heart Container or a Stamina Vessel.