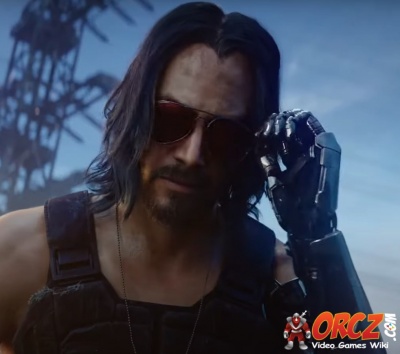 Johnny Silverhand is a person in Cyberpunk 2077.

A central character throughout the Cyberpunk series