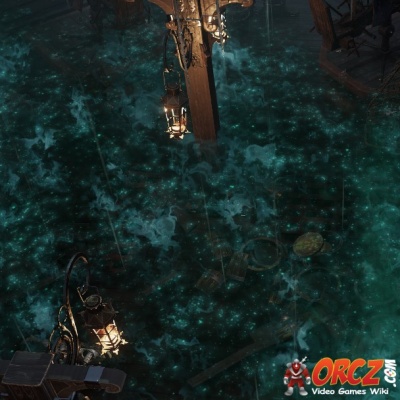 Death Fog in a room in the middle deck of The Hold in Divinity Original Sin II (D:OS2)

Deathfog is a type of Cloud in Divinity: Original Sin 2

Entering Deathfog causes INSTANT death, except if you are an undead character (such as Fane. Undead characters take no damage from Deathfog.

Instant death for the living.