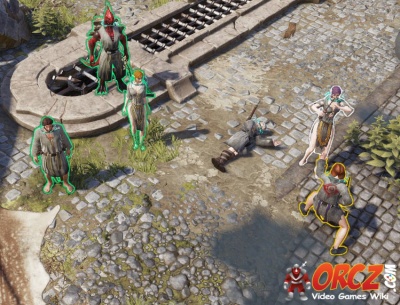 Elodi fighting the thugs who are trying to extort her, in the quest "The Shakedown".

"The Shakedown" is a side-quest in Divinity: Original Sin 2

You get it from Elodi at the Fort Joy Ghetto

Elodi refuses to pay protection money to Camp Boss Griff, so he sent some thugs to shake her down.