ESO: Talk to the Thief - The Star-Gazers 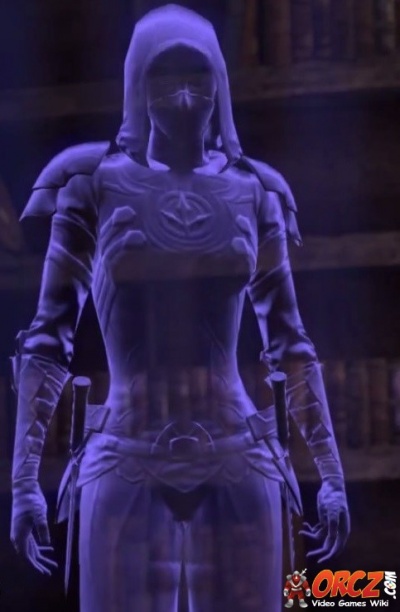 Talk to the Thief, one of the quest tasks in The Star-Gazers

I've found myself face to face with The Thief. I should see what "she" has to say.

Head over to The Thief and talk with her. She will explain who she is and what is going on with the Guardians she mentions.

Forgive me. I did not know any other way to contact you without revealing myself. Even now, the Serpent's followers, the Scaled Court, are searching for me.

I am the Celestial Thief. I appeared with the other Guardians when the Serpent broke free and manifested on Tamriel.

One by one, the Serpent trapped the others. First the Warrior, then the mage. He wants to do the same to me.

Are you saying the Serpent is controlling the other Guardians?[edit]

Yes. They attack Craglorn against their will.

Listen. The Serpent's nature is chaos. He wants to undermine the very order of reality. He will not stop with Craglorn.

How do we stop him?[edit]

My power alone is not enough. You must free the other Guardians. I will help you as much as I dare, but the Serpent is looking for me. If he ensnares me as he has the others, all is lost.

How do I free the Guardians?[edit]

Hara and The Order of the Star-Gazers will help you. Use their knowledge. Look for the presence of the Scaled Court - where they are, the Serpent is surely at work.

But you must not tell anyone you saw me. The Serpent's followers are everywhere.

Are you really the Thief constellation?[edit]

In a way. Just as you might look at a picture of the star signs and say "That's the Thief" or "That's the Warrior." Just so, I'm the Thief, or one way of seeing the Thief.

Tell me about the Guardians.[edit]

Of the two rightful star signs, it's the Guardians' duty to protect the lesser signs, our charges, against the destructive ways of The Serpent.

With the Warrior and Mage under the Serpent's control, their charges are vulnerable. So is Tamriel.

It would be surprising if I didn't.

The Star-Gazers are only dimly aware of it, but they carry an ancient legacy as students of the star signs. Their devotion has not gone unnoticed.