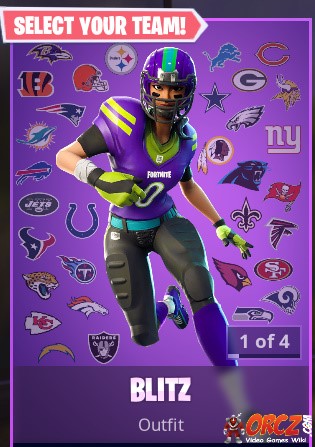 The Blitz Outfit in Fortnite BR. This is an NFL Themed outfit. You can buy it from the Cash Store for 1,500 vbucks.

Blitz is the name of one of the outfits in Fortnite Battle Royale.

Part of the Fourth Down Set.

This is a female NFL skin.