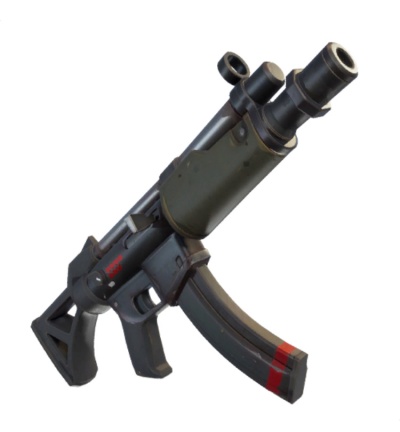 A Gray SMG in Fortnite BR.

IMPORTANT: In Patch V.2.5.0, The Common, Uncommon, and Rare Submachine Guns have been vaulted.

The Common (Gray) Submachine Gun was a Weapon in Fortnite Battle Royale.

The Standard SMG features a higher RoF (Rate of Fire) than the Tactical SMG (15 Vs 10), while having a slightly higher ammo capacity and a faster reload time. However, it is also noticeably less accurate. 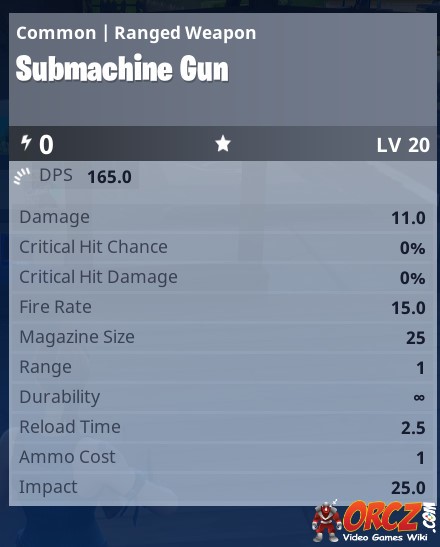