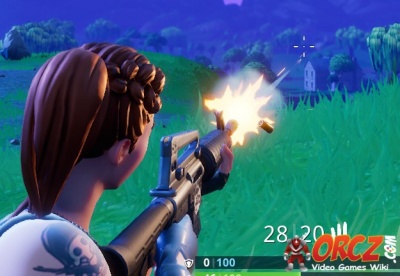 Deal damage with specific weapons to opponents in Fortnite BR.

"Deal damage with specific weapons to opponents" is a Weekly Challenge in Fortnite Battle Royale.

For this challenge, you have to deal a certain amount of damage with a different weapon specified for each stage of the challenge.

The weapons in the different stages will usually have something in common with each other, i.e they're all Assault Rifles, Explosive Weapons, etc.

For example, the stages can be: