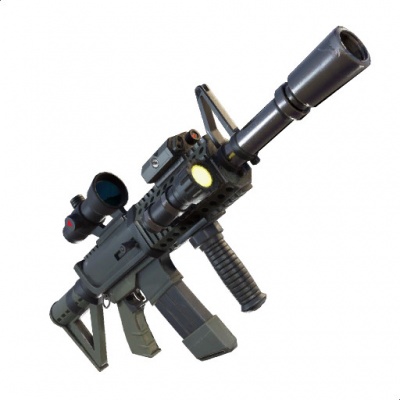 A render of a Thermal Scoped Assault Rifle as it would appear in Fortnite BR.

The Thermal Scoped Assault Rifle is a Weapon in Fortnite Battle Royale.

This assault rifle has a scope, but this scope does not have as much magnification as the bolt-action or semi-auto sniper. However, the infrared on the scope allows you to see enemy heat signatures, as well as chests, Supply Drops, and Llamas.