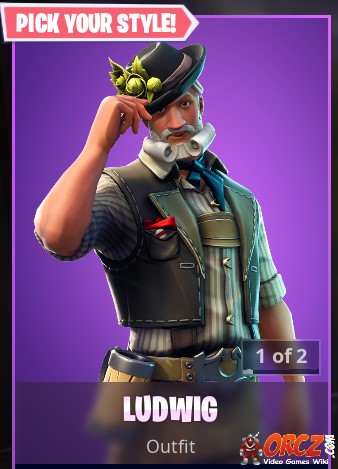 The Ludwig Outfit in Fortnite BR. You can buy it from the Cash Store for 1,500 vbucks.

Ludwig is the name of one of the outfits in Fortnite Battle Royale.

Best of the wurst.

Part of the Oktoberfest Set

Bonus: This skin comes bundled with the Epic Clockworks Back Bling