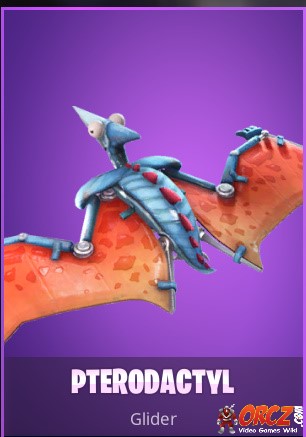 The Pterodactyl Glider in Fortnite BR. You can purchase it from the V-Bucks Shop for 1200 vbucks.

Pterodactyl is the name of one of the Glider Skins in Fortnite Battle Royale.

Part of the Dino Guard Set.

This skin is a cosmetic that changes your Glider's look (But not your Umbrella).

Buy it from the Item Shop.