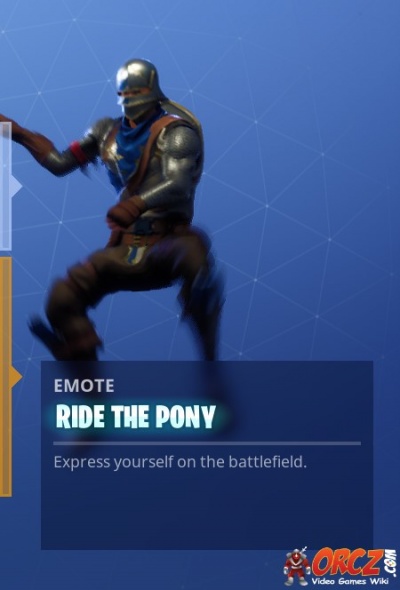 "Ride the Pony" is an Emote you can unlock in Fortnite Battle Royale.

The character dances like a knight riding a pony.

This emote was a Free Pass tier 20 Battle Pass reward for the Season 2 Battle Pass.

Players who earned this emote in Season 2 were rewarded the Pony Up! emote instead after it became a Save the World emote.

Get Save The World and finish the first tab of Stonewood.