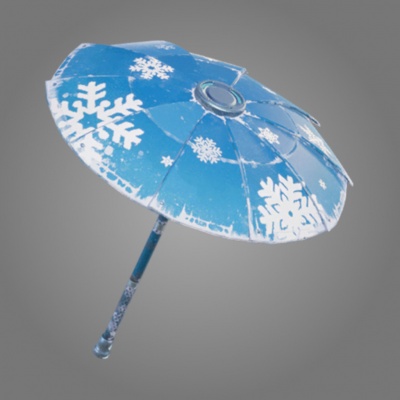 The Snowflake Umbrella is a type of Umbrella in Fortnite Battle Royale.

This Umbrella skin is a reward for winning a game (Victory Royale) during Season 2.

You can equip it in the Locker instead of the Glider.

The “Snowflake” umbrella is easily the rarest umbrella in the game for the reason of it being Season 2 Chapter 1. Season 2 chapter 1 was quite difficult to manage to get an “victory royal”