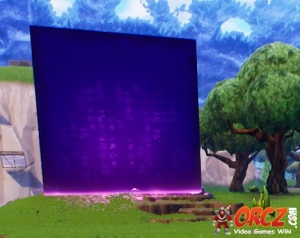 The mysterious cube in Fortnite BR.

The big Cube is a special type of Object in Fortnite Battle Royale.

Has gotten the nickname "Kevin" since the word "Cube" was temporarily banned on the /r/FortniteBattleRoyale subreddit.