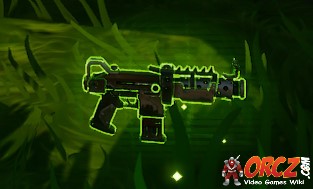 IMPORTANT: AS OF THE V5.0 CONTENT UPDATE THE UNCOMMON, RARE, AND EPIC TACTICAL SUBMACHINE GUN HAVE BEEN VAULTED

The Uncommon (Green) Tactical Submachine Gun was a Weapon in Fortnite Battle Royale.

This portable weapon uses pistol ammo and and fires magazine fed, fully-auto shots from the hip or shoulder.

It had the highest firerate of any weapon in the game, and had the potential to melt enemies very fast.