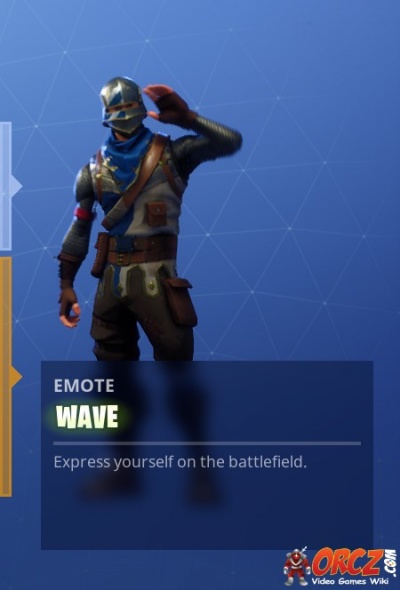 "Wave" is an Emote you can unlock in Fortnite Battle Royale.

The character waves his left hand.

This emote is a free path tier 5 Battle Pass reward.

Achieve battle pass level 5 in season two to unlock it.