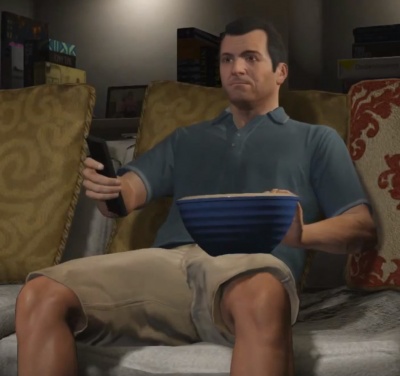 A once successful bussinessman , and now a less successful family man

After having lived life of business, he made some deal with the government from which he got a lot of money that let him retire in a Mansion in Los Santos.

Known in the past as "Michael Townley", possibly he changed his name to "Michael De Santa"

Michael lives in a mansion in Rockford Hills