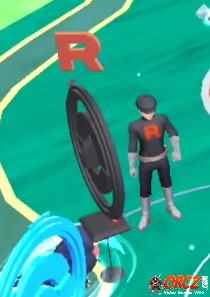 Team Rocket, for the duration of an unknown event, can occupy a Poke Stop.

To notice an Occupied Poke Stop[edit]