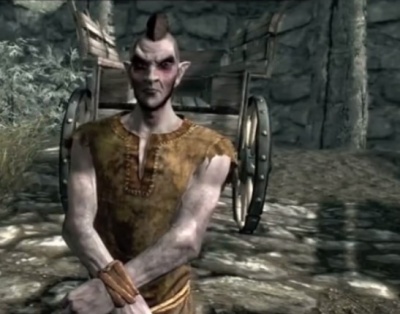 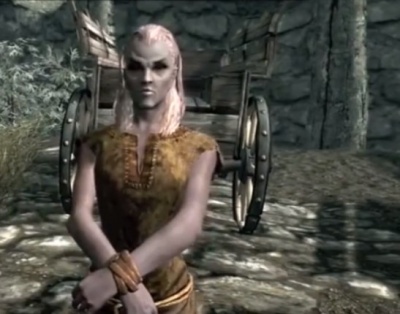 Dunmer is a Race in The Elder Scrolls series. Also known as the Dark Elves.

In the Empire, "Dark Elves" is the common usage. In their homeland, Morrowind, they call themselves the "Dunmer". The dark-skinned, red-eyed Dunmer combine powerful intellect with strength and agility to produce superior warriors and mages. On the field of battle the Dark Elves are noted for their skilled and balanced integration of swordsmen, marksmen and war mages.