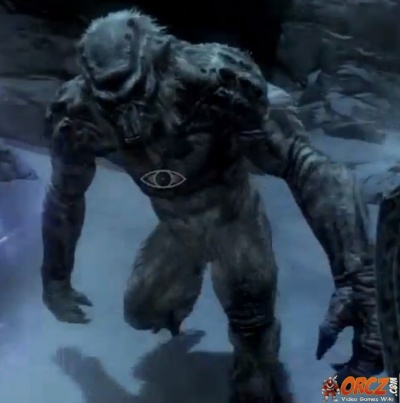 Frost Troll is a foe in The Elder Scrolls V: Skyrim

LIke all trolls, these recover health at the rate of 2 hp/second. These creatures have very powerful arms which can knock back the Dragonborn. They will occasionally pause in their attacks to roar or beat their fists on the ground. These are opening that should be seized upon.

Trolls are very weak to fire. While they can be hardy and hard to kill, fire will at least make it easier and cut their regeneration for a while.

Throat of the World