Haemar's Shame is a dungeon in The Elder Scrolls V: Skyrim. This cave has a number of Vampires and Vampire Thralls to be dealt with. There are also a few Frostbite Spiders.

Once you arrive, just head inside Haemar's Shame. You will need to deal with a number of Vampires and a few Vampire's Thralls so be ready. Head on down the slope into the first portion of the cave. You will find a Thrall on the wooden walkway above you. Quickly deal with them. If you investigate the walkway they were on you can find barrels with food in them. Head to the West downhill to continue. There is a Vampire at the base of the ramp you pass over. Be careful because there is also a pressure plate that will trigger a Spike Wall trap at the top of the ramp. 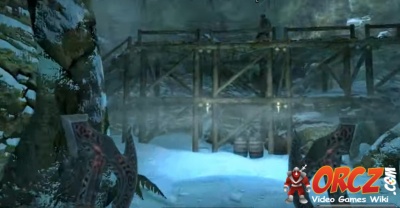 Follow the passage as its makes its way to the West. This to the next chamber, eventually. You will find another Thrall at the table in front of you which is covered in human remains. There is Charred Skeever on a cooking spit over the fire which you can harvest. You will also find a Cooking Pot with a cupboard next to it. Go up the nearby ramp to find more useful items. On that cupboard is a Filled Petty Soul Gem and a number of books. You can also find an unlocked chest nearby this cupboard. Nearby that is an Alchemy Lab you can use with what ingredients you have on hand. Head to the West to continue forward. 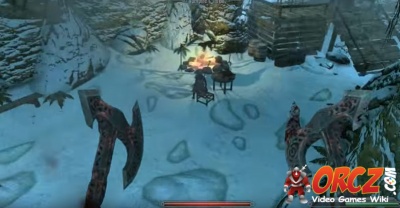 You will find another large chamber with more Vampires inside it. 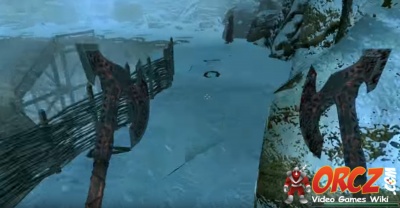 To the South is a small room with some useful potions, a Goat Cheese Wedge, a bottle of Wine and the books The Real Barenziah, Vol 3 and Vol 4. There is also a small table with an Iron Dagger on it and a Locked Chest (Adept Level) can be found here. 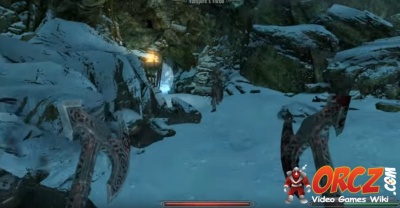 In the main room, the pit has a few levels. Going down it will lead to the next section. On the top level of it you will find a few dead bandits and another Vampire at the table to the South, if the Vampire has not been drawn out from any obvious fighting earlier. On the table you can find find some Health Potions, some lore books but also the Destruction Skill book: Response to Bero's Speech. On the shelves past the table are more lore books. 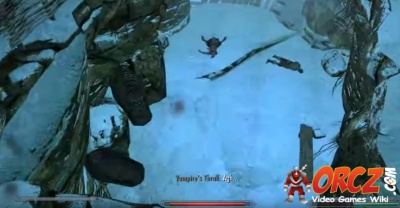 You will want to head down down the ramp to the North to continue forward. 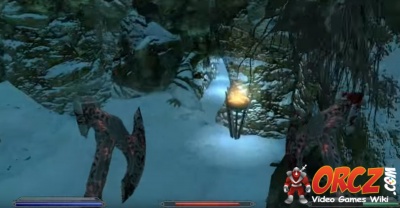 Continue forward in the deeper portion of the cave. You have more Thralls and Vampires to deal with yet. Head around the first corner to engage a Thrall. Turn to the South as soon as a you can after that. Follow that passage deeper. 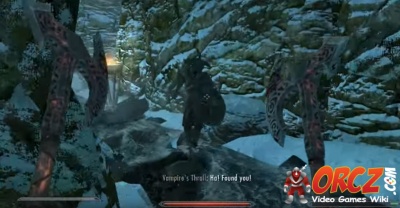 In the tight corners of this passage you can encounter more Vampires. Deal with them and press forward to the chamber beyond. 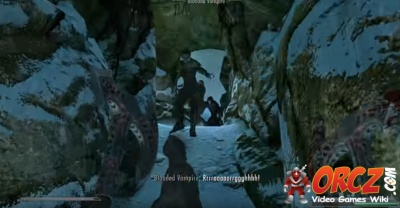 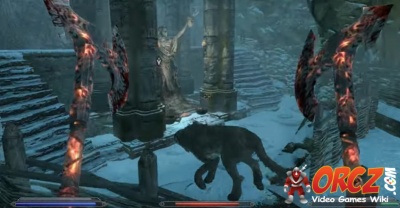