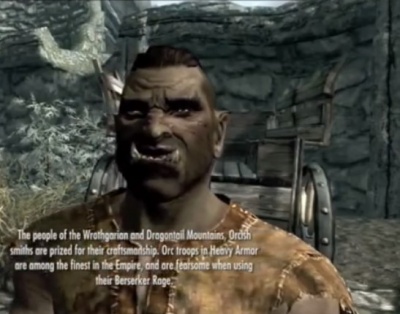 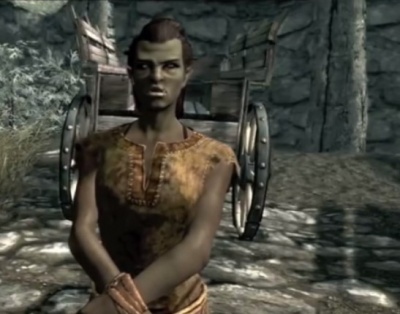 Orsimer is a Race in The Elder Scrolls series. Also known as Orcs.

These sophisticated barbarians of the Wrothgarian and Dragontail Mountains. They are knnown for thier unflinching courage and legendary endurance. In the past Orcs have been widely feared and hated by the other nations and races of Tamriel. In recent times they have slowly won acceptance in the Emipre. Orcish armorers are prized for their craftsmanship and Orc Warriors in Heavy Armor are among the finest front-line troops in the Empire.