Skyrim: The Battle for Fort Snowhawk

The Battle for Fort Snowhawk in The Elder Scrolls V: Skyrim.

“The Battle for Fort Snowhawk” is a Stormcloak Faction Quest in The Elder Scrolls V: Skyrim

Report to the Hjaalmarch Stormcloak Camp and talk with Galmar Stone-Fist.

It is time to take over another Fort in the name of the Stormcloaks, the True sons of Skyrim. They are found just to the South of the Fort itself. You will have a big fight on your hands going in. Be sure you are stocked on Potions, Magicka and weapons. Be sure you either equip good armor or cast the spells you need to protect yourself.

It is time for another major fight to secure control of the fort. Approach with the main body of troops. Either directly charge in if you are well geared for it or hang back and start working on eliminating the Archers that pepper the walls. All the enemies you will need to kill for this mission can be found outside.

While you fight through, the percentage of opposing forces will deplete. Clear each of the areas methodically. There is the main courtyard where you first enter. After that, you have the rear exterior portion of the Fort. Head around either side of the courtyard to find access to it.

Clear those around and then turn your attention to the walls. Climb up onto the walls and begin a sweep along them. This goes for along the exterior of the fort and the interior wall found around the keep itself.

With Fort Snowhawk cleared of Imperial forces, it is time to return to Ulfric Stormcloak in Windhelm. 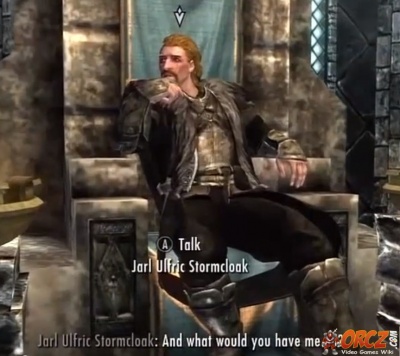 The Battle for Fort Hraggstad