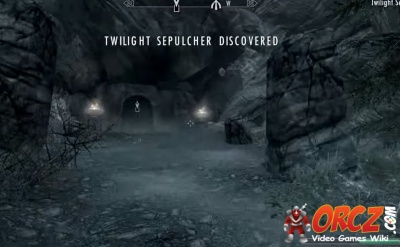 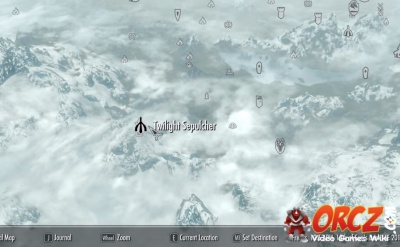 Twilight Sepulcher is a dungeon in The Elder Scrolls V: Skyrim

Once inside you will be prompted to talk with the Nightingale Sentinel. Talk with him and he will sense that you are one of the Nightingales. He will explain that his ethereal form is weakening because of the conduit to the Evergloam closed when Mercer Frey stole the Skeleton Key. Since then the connect has been severed and his form has been fading since. He will tell you that he has not left the room he is in now for the last quarter century but there was another that attempted to cross the pilgrim's path and the body is nearby. Head over to the corpse of Nystrom. By it is Nystrom's Journal which should contain clues that will help you through the Pilgrim's Path. Read the journal and then head to the South and start on the Pilgrim's Path itself.

Inside, head straight to the South for a while. When you make it to the Wall, turn to the West and follow the passage to the next room. Start sneaking as you approach the first door and open it cautiously. You will start encountering the guardians of the Sepulcher: Nightingale Sentinels in this room. There is a single one at the base of the stairs in front of you. Take them out with a sneak attack and head down the hallway. 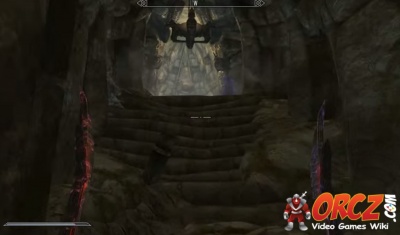 As you go down this passage, keep to the sides. There are a few pressure plates scattered through the lower portion. Just around the second corner is a the first pressure plate. After that you make it to a room with 2 Nightingale Sentinels. Deal with them then head through the Western door. 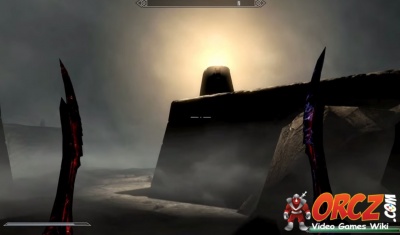 This brings you into the first puzzle room. Your hint is "Shadows of their former selves, sentinels of the dark. They wander ever more and deal swift death to defilers." 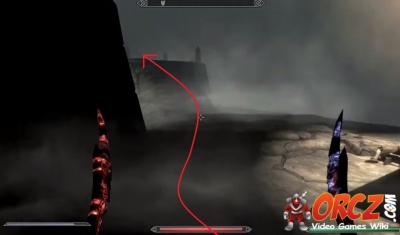 To survive and navigate this puzzle you need avoid the light and stay in the shadows. Stepping into the light causes damage to you. Head over to the West and go up the stairs to the raised platform. Move to the left as you do because there is an arrow trap there. Cross over to the far side from where you came up. Go down the slope but be mindful of the trip wire that sits at the top of it. Try to find and disable it. 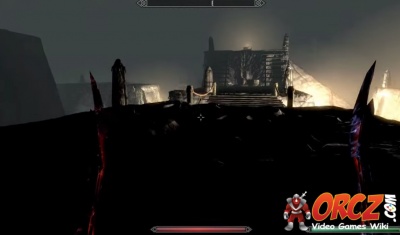 Continue along the shadows for this pillar around to the West again. Just move past the next raised platform. Get to the far Western side then turn to the East and go up the stairs. This platform leads to a bridge. Cross it carefully because there is a trap at the far end of it. This will trigger another arrow trap so quickly move to either side of the bridge when you get to the far side. Head over to the Southern side of this area. Go to the top of the ramp. Look down carefully because there is another Trip Wire at the top of it. Quickly disable it then head down the slope. 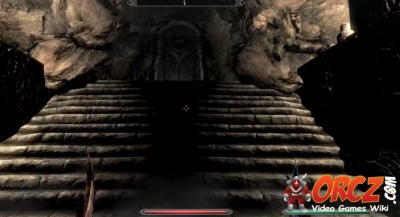 At the bottom, turn to the right and follow the thin beam of shadow over there. Move to the South after that and then continue forward up the stairs. Follow the other line of shadow up to the next door. You are through the first trial. Follow the corridor as it winds through the area. 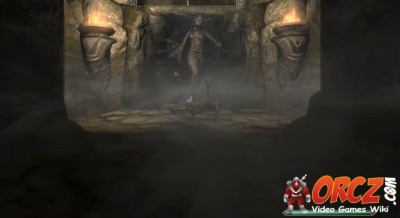 This will lead to a small chamber with a statue of Noctural in front of you. To her left and right are statue heads. Head to each in turn and pull the chains found there. This will reveal a hidden doorway that rests behind the statue. Follow the passage found there. 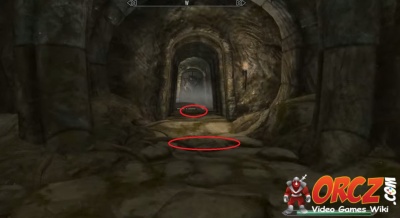 As you approach this narrowing in the corridor, be careful. There is a pressure plate sitting in the middle of the passage. If you step on it, it will enable the swinging blade trap in front of you. In the middle of the trap is a second pressure plate. This can trigger another trap. Head on through the door in front of you. Keep to the side or step back after you do because a battering ramp will fall and swing forward from behind the door. Just go forward and you will find the entrance to the Twilight Sepulcher Inner Sanctum. 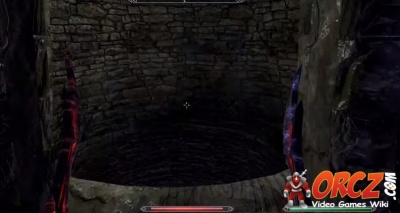 Head down the corridor. This will lead to a pit you need to drop into. You will find the corpse of Anders. Just wait there for 25 seconds. The Dragonborn will pull out the Skeleton Key. A sequence will play out as they use the Skeleton Key to escape from the pit. 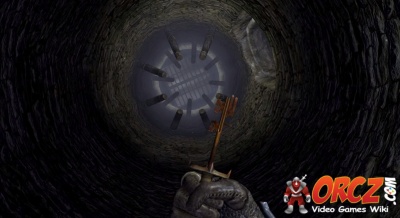 This will take you to the Evergloam. 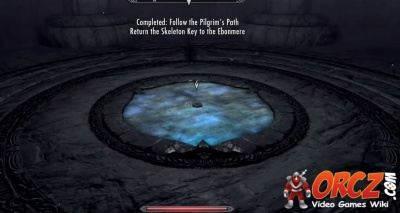 Move a bit back from where you appear or look to your feet. You will see the place where you need to restore the Skeleton Key to. This will bring Nocturnal's attention to you. She will appear in front of you and talk with you. 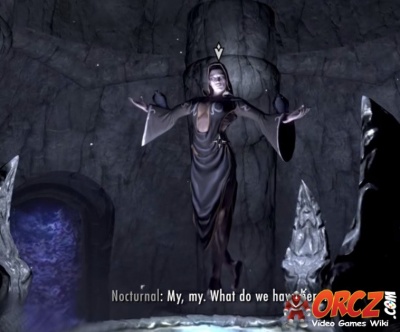 She will reward you with one of three powers: Agent of Nocturnal Powers after you return to Nirn. When you arrive, you will find Karliah waiting to talk with you. Do so to learn more about these powers. The different phases of a moon shown let you choose between the powers of the Agent of Shadow (Crescent), Subterfuge (Half) and Strife (Full). You can only change your power once per day. She will also explain that you can be summoned back to the Sepulcher to defend it, if the need arises. Now, just move to one of the moon symbols and step onto it to claim the powers. To exit this area, simply step into any of the nearby portals. This will take you back to the entrance of the Twilight Sepulcher. Just head on out and your are done here.