Star Wars: The Old Republic (SWTOR) is an MMORPG game developed by Bioware and Published by Electronic Arts and LucasArts

It is based on the Star Wars Universe

SWTOR requires a subscription to play (UPDATE: has since gone free to play, but with Subscriber Benefits) 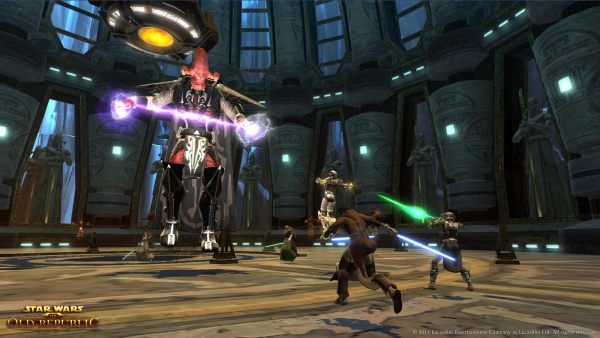