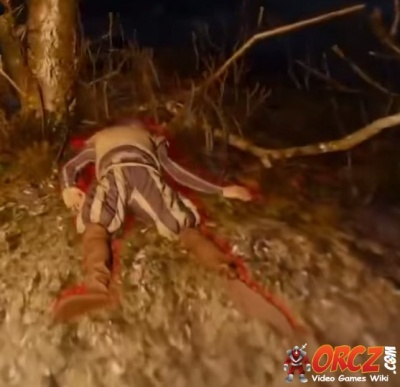 Corporal Lyffned is a soldier serving the Nilfgaardian Empire

Corporal Lyffned is a soldier in The Witcher 3: Wild Hunt.

However, his cart is intercepted by private first class John Geermer

Geermer is a soldier in the opposing faction, the Northern Kingdoms

Lyffned is killed by Geermer, and his cart crashes in the Swamp.

Geermer then tries to steal the medicine however he can't because of Drowners infesting the swamp in which the cart crashed in. So he pretends to be a Merchant in order to trick Geralt into retrieving the medicine for him.