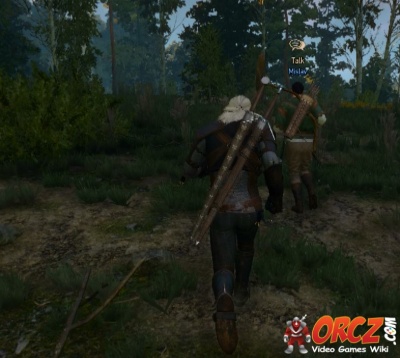 "Follow the hunter" is a quest objective in the main story quest "The Beast of White Orchard" in The Witcher 3: Wild Hunt

Mislav the Hunter has agreed to lead you to the Site of Nilfgaardian Soldiers' Death.

Follow Mislav west as he takes you to the Site of Nilfgaardian Soldiers' Death. 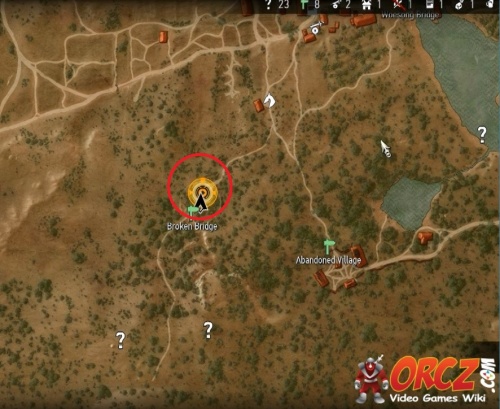 Geralt: Griffin - know anything about it?

Mislav: Oh, not much. It's not my kinda game.

Geralt: You're his kind, though. Survival insticts alone oughta make you care.

Mislav: I walk silent through the woods. No griffin can hear me nor spy me.

Mislav: Twas here. One lay there, by the stump, headless. The other hung from a branch, guts splayed, stretchin' down to. Watch out for yourself, now.

Geralt: Nothing to mourn. They were Nilfgaardians.

Mislav: They were lads, like ours. Just clad in black plate. Good huntin' now.