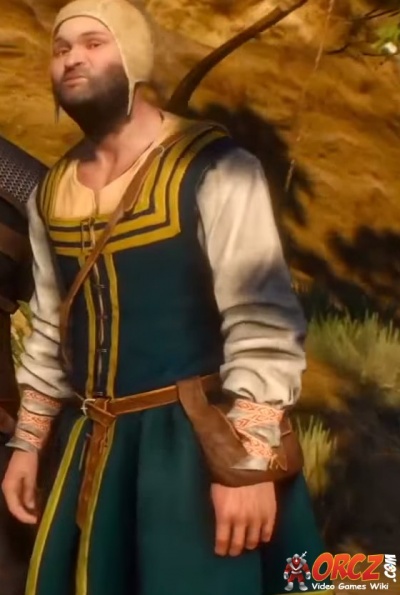 Private first class John Geermer is a soldier in The Witcher 3: Wild Hunt.

That unit is disbanded, but still active - underground, in the woods.

John Geermer attacks a Nilfgaardian cart driver, Corporal Lyffned, who was on his way to deliver medicine to soldiers at the Nilfgaardian Camp at White Orchard

Geermer kills both the Cart Driver and the horse using a bow and arrow. The cart loses control and leaves the road, crashing into some trees in a swamp area.

He then attempts to steal the medicine, located in a small box, so that he can use it to help his fellow Northern Kingdoms soldiers, many of whom are ill and injured.

However, the swamp in which the cart crashed in is full of Drowners deeming it too dangerous for him to retrieve the medicine.

Geermer therefore pretends to be a Merchant and tells Geralt that his cart was attacked by monsters and asks Geralt to retrieve the box for him.