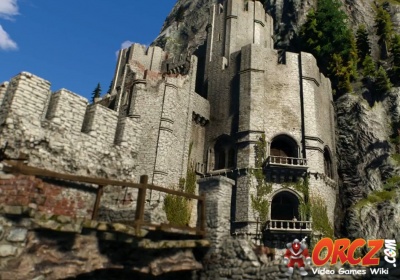 Kaer Morhen is a Witcher keep in The Witcher 3: Wild Hunt.

This is the first zone in the game. The tutorial takes place here, as part of Geralt's dream.

Kaer Morhen is an old mountain fort in which Witchers used to once be trained, until it was attacked by a big mob with the aid of some mages, killing all the witchers inside.

Vesemir was one of the master trainers here and the only elder Witcher to survive the attack.