A Notice found on the White Orchard Notice Board in The Witcher 3: Wild Hunt 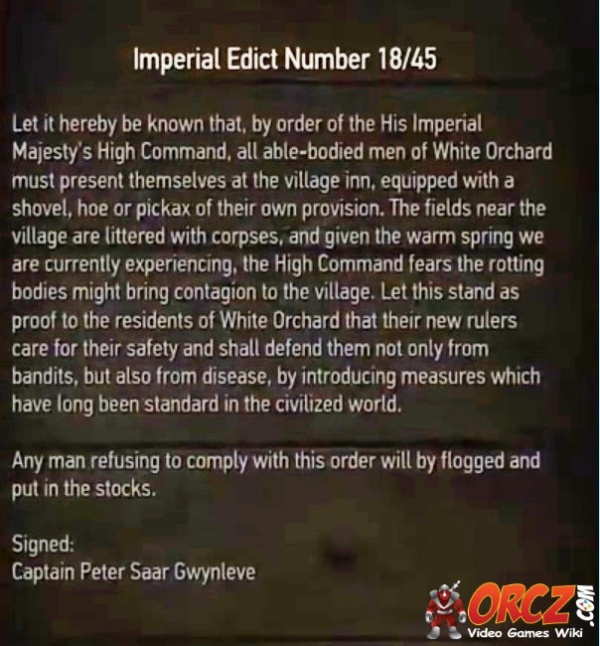 Let it hereby be known that, by order of the His Imperial Majesty's High Command, all able-bodied men of White Orchard must present themselves at the village inn, equipped with a shovel, hoe or pickax of their own provision. The fields near the village are littered with corpses, and given the warm spring we are currently experiencing, the High Command fears the rotting bodies might bring contagion to the village. Let this stand as proof to the residents of White Orchard that their new rulers care for their safety and shall defend them not only from bandits, but also from disease, by introducing measures which have long been standard in the civilized world.

Any man refusing to comply with this order will by flogged and put in the stocks.

The edict instructs all men of White Orchard, who are able-bodied, to report to the village inn equipped with a pickaxe or shovel or other similar tool.

The purpose is to bury or otherwise get rid of corpses in the fields near the Village, because the rotting bodies might bring disease and contagion upon the village.