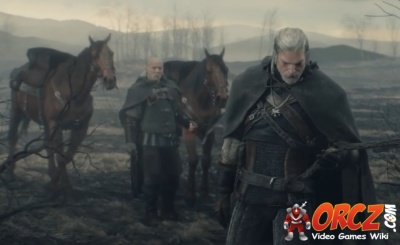 This page has an analysis/explanation of the events in the intro cutscene ("The Trail") of The Witcher 3: Wild Hunt.