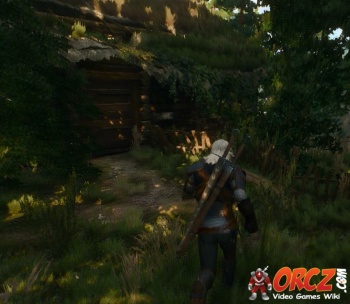 Geralt approaching the Overgrown Cabin in the Witcher 3 Wild Hunt

An overgrown cabin in The Witcher 3: Wild Hunt.

A cabin covered with plants that have been allowed to grow wild.

Located west of the battlefield where a fierce fight between Nilfgaardian and Northern Kingdom armies took place.

In the quest Missing in Action, you find out that Bastien and Rhosyn both deserted their armies and hid in this cabin. 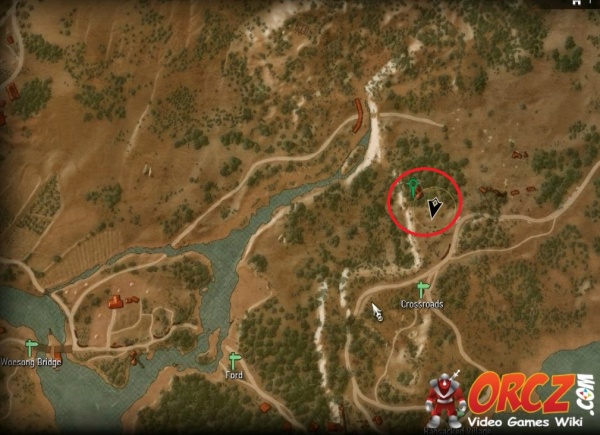 Geralt: That needs a tourniquet. But first... wanna explain what's going on here?

Bastien: We... we fought in that battle. Huge it was, you heard? They had me killin' in Temeria's name, and Rhosyn in Nilfgaard's. Ordered to slay each other. Wo decided to run away. Listen, I can't walk. And Rhosyn they'll hang for desertion if he happens on any of his own. Would you find my brother, tell 'im I'm alive? His name's Dune. He might have a dog with 'im - Hussar. Please... We'll die if he don't help us.