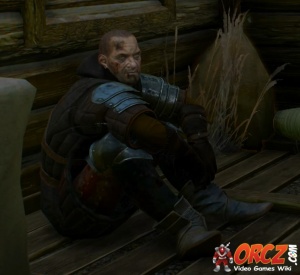 Rhosyn from the Witcher 3 Wild Hunt

Rhosyn is an NPC in The Witcher 3: Wild Hunt.

Rhosyn is a Soldier

Serves in the Nilfgaardian Army

Fought at the Battlefield near the Crossroads in White Orchard

After he got injured in the legs, he deserted and ran away, saving Bastien along the way. Bastien was a soldier in the army of the Northern Kingdoms.

Rhosyn and Bastien both hid in a Cabin near the Battlefield

Depending on which stage you are in the quest, Missing in Action, Rhosyn can be found in one of the following locations: