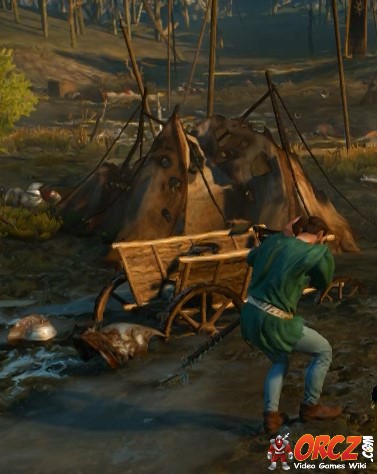 A Peasant at the Scavenger Camp in Velen in The Witcher 3: Wild Hunt.

These peasants were hired by Albin Hart as part of his scavenging operation in the region.

In the quest Bitter Harvest, you have to defend these peasants from Ghouls and other flesh eaters that are attacking the camp.