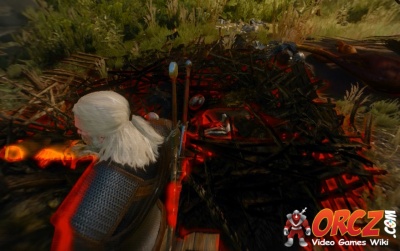 "Search the griffin's nest using your witcher senses" is a quest objective in the main story quest "The Beast of White Orchard" in The Witcher 3: Wild Hunt

You followed tracks from the Site of Nilfgaardian Soldiers' Death which led you to the Griffin's Nest.

Check the Griffin's Nest for clues.

You will determine the age and type of griffin (Royal Griffin). See griffin analysis below.

Female. Larvae in her wounds have already hatched. Been dead at least a week. other griffin must be a male

Wounds: Deep cuts over the whole body. Not a drop of blood on the beak or claws. Didn't defend herself. Crept up on her while she slept.

Age: Beak tip's worn, gray hairs in the coat - ten, twelve years old. Griffins pair off for life when young. Male must be about the same age.

Explains why the male I ran into was so aggressive. Hunted the Nilfgaardians down here in the forest first, then started prowling the area. Done all I could. Should talk to Vesemir. 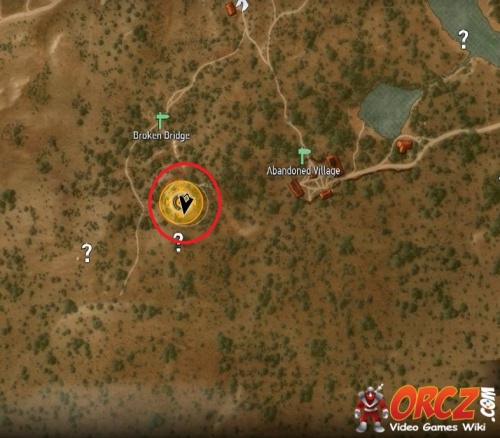 "Griffin's Nest. What remains of it, at least."