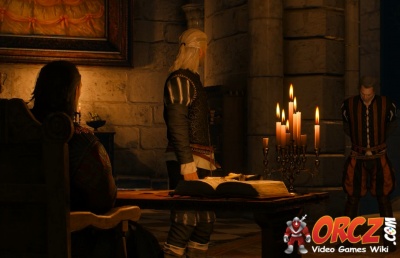 The Emperor's Office in the Royal Palace in Vizima in The Witcher 3: Wild Hunt.

The chamberlain leads Geralt to this room and instructs him to bow before the Emperor.

Geralt comes here for an audience with the Emperor.

Emperor Emhyr tells Geralt the reason he was summoned.

He wants Geralt to locate Ciri.