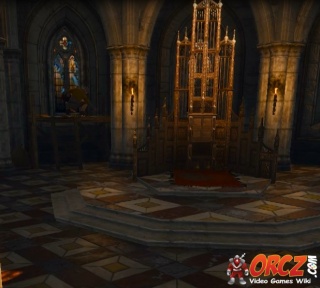 Emhyr's Throne at the palace in the Witcher 3 Wild Hunt

The Throne in the Royal Palace in Vizima in The Witcher 3: Wild Hunt.

The Emperor sits here during public appearances and ceremonies.

Courtiers stand near the throne to give advice to the leader.

The throne is located at the end of the Great Hall.