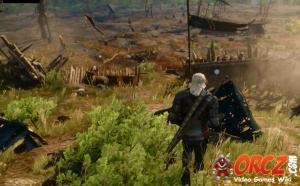 This was a scene of a fierce and brutal battle between Nilfgaardian and Nordling armies in White Orchard in The Witcher 3: Wild Hunt.

Located east of the Village.

Lots of bodies of dead soldiers laying around here, as a testament to the heavy fighting that went on here not long ago.

Bastien, Dune's brother, went MIA here and you have to find him in the quest Missing in Action. 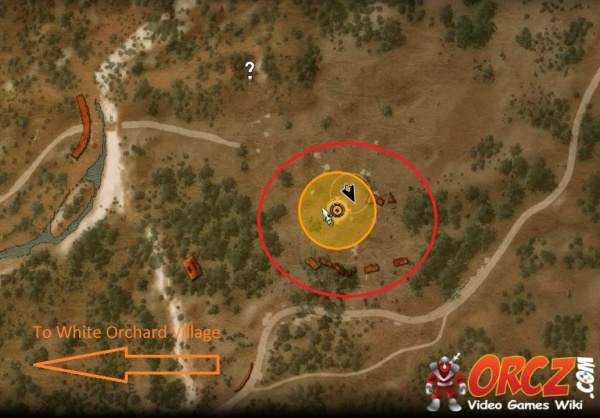