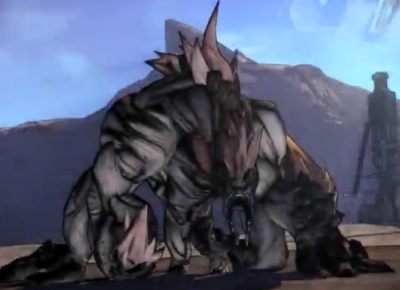 Thriving in the cold tundra wastes of Pandora in Borderlands 2, these simian-like creatures emerge out of their nest holes to savagely beat the ever-loving tar out of anyone that wanders into their field of vision. When they aren’t using their massive size and even more massive fists to do the smashing, Bullymongs have been known to throw massive rocks, ice blocks, and basically any nearby heavy object to do it for them.

Be wary of your environment when fighting Bullymongs! The smaller ones throw icicles and rocks, while the larger ones can throw cars!