Breath of the Wild: Barta 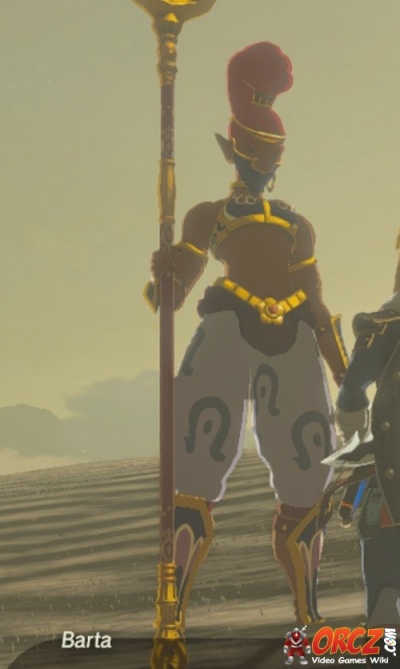 Link talking to the Barta in LoZ: BotW.

Barta is a character appearing in the game The Legend of Zelda: Breath of the Wild.

Barta is a member of a troop of Gerudo warriors who are training in Gerudo Town.

She is known for wandering off without telling many people about what she is doing.